View the sights of Paros 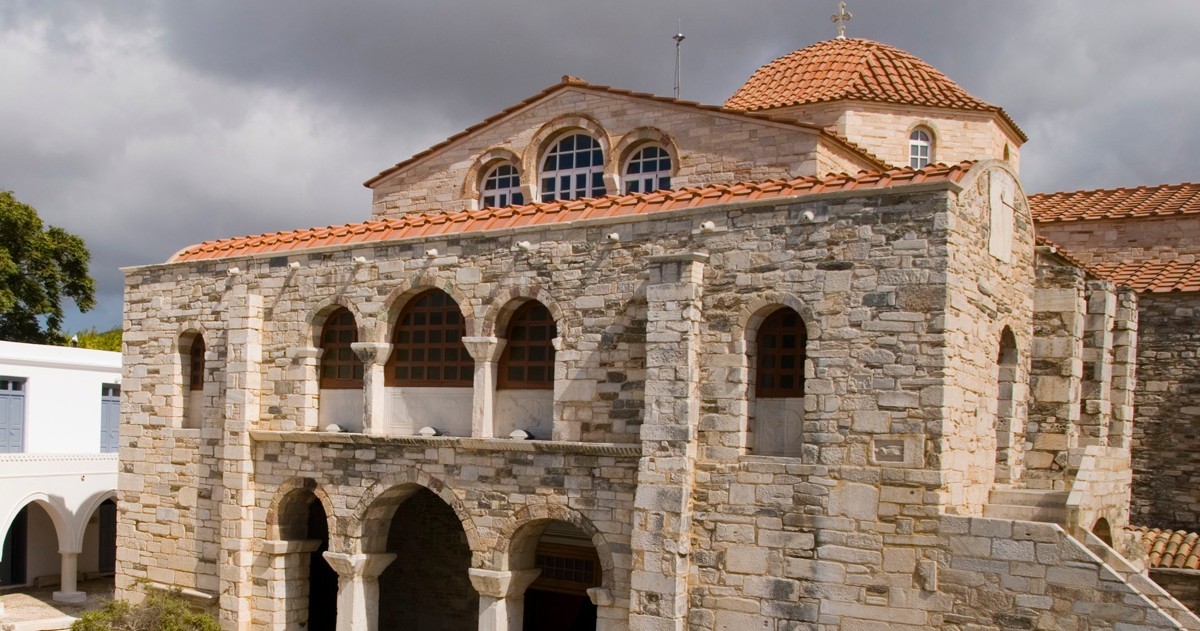 The Panagia Ekatontapyliani Church is the most famous sight of Paros, and one of the oldest and most important paleochristian monuments in Greece.

It is worth visiting to admire the rare Byzantine icons, the Byzantine Museum and the ruins of the ancient temple on top of which the church was built.

Throughout the centuries, many myths have been associated with this church, like the one of Saint Theoktisti who lived and died here and whose imprint can be seen inside the church.

The church was built in the 6th century BC by the Byzantine Emperor Constantine. 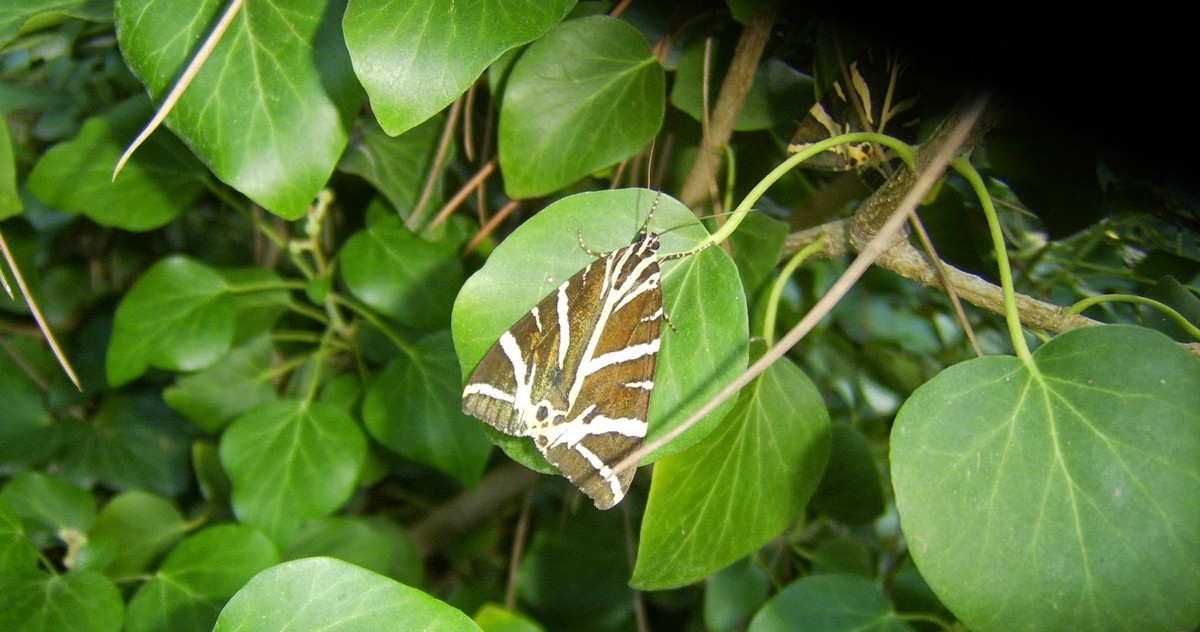 The Valley with the Butterflies

Four kilometers southwest of Parikia, is the valley with the butterflies.

It is a biotope with a small spring, covered by dense forest. Cypress trees, plane trees, oleanders, carob trees and fruit trees.

This place is ideal for the Tiger moth butterfly.

A brown-yellow butterfly with a bit of black and white and two orange-red rear wings that can be seen when it flies.

Butterflies gather in the area in June and "disappear" in August.

This happens because, in September, females are looking for areas with small shrubs where they place their eggs and then they die. 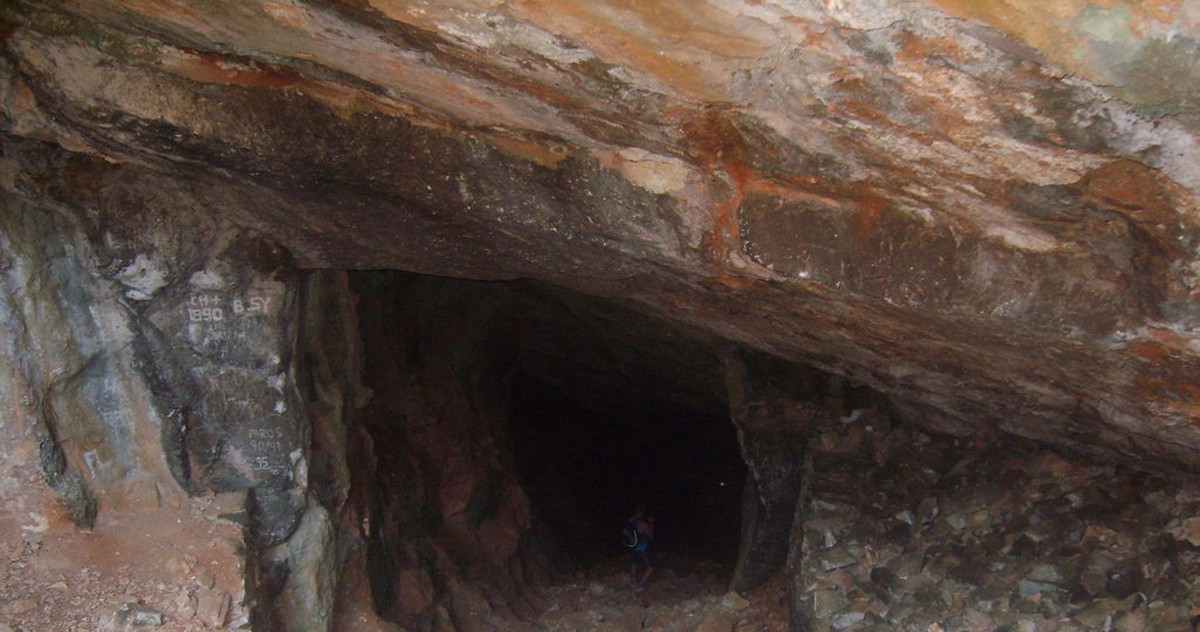 To the east of the very picturesque settlement named Marathi, we can find the ancient marble quarries.

From here, the famous marble of Paros, or "lychnitis", was mined, because its mining process was done through deep galleries in the light of the lamps.

The economic prosperity of the island was based in all historical periods in the sales of this marble, as it had a special clarity and transparency that allowed the light to reach a depth of 3.5 centimeters. 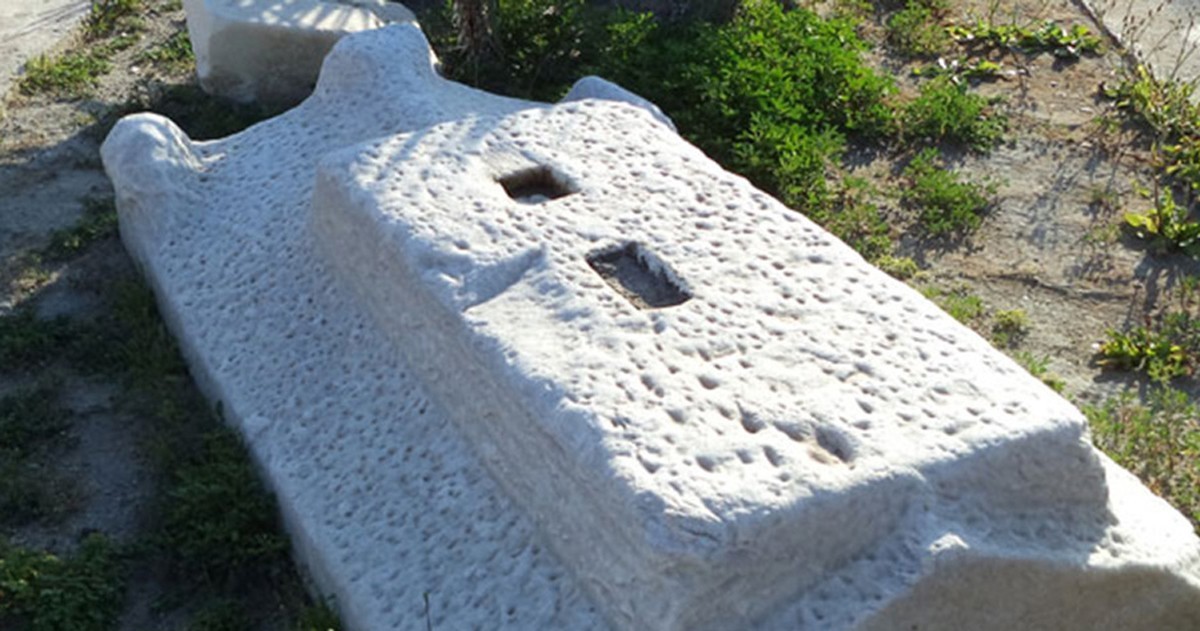 cemetery of particular historical interest was brought to light by the recent archaeological excavation (1983).

The existence of many tombs of different styles from different seasons shows that the cemetery was used for a long time (from the 8th century BC to the 3rd century AD).

An important find is a group tomb ("polyandrio") of the geometric period, which is the only one that has been found in the Aegean.

Today, the site is an archaeological park at which the visitor can admire many findings. 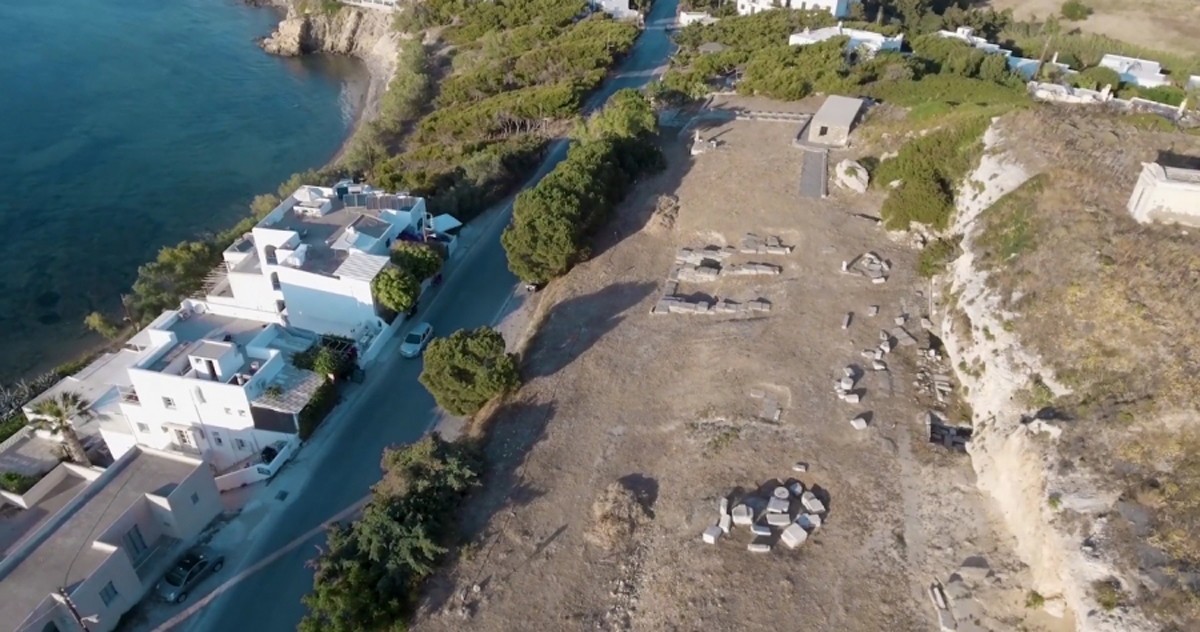 On a hill north of Parikia and opposite to Delos was built in the beginning of the 5th century a temple in honor of Apollo of Dilio.

In the center there is an altar, a temple dedicated to the sister of Apollo, Artemida, and a small place for banquets.

A Cycladic cemetery was also found in this area. 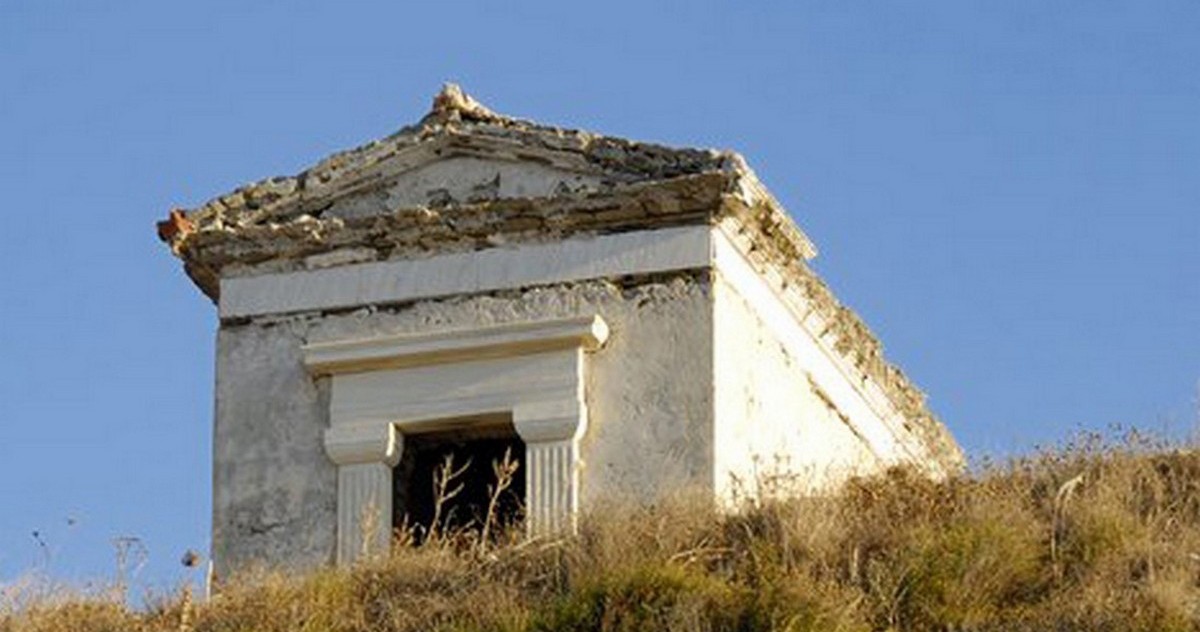 In one of the most beautiful locations in Paros, with spectacular views of the Aegean Sea, are the ruins of the temple dedicated to Asklepius, the god of medicine.

The Asklipieion is perched on the hill of Agia Anna, proving once again that the ancient Greeks did not accidentally build their sanctuaries but always chose the most ideal place. 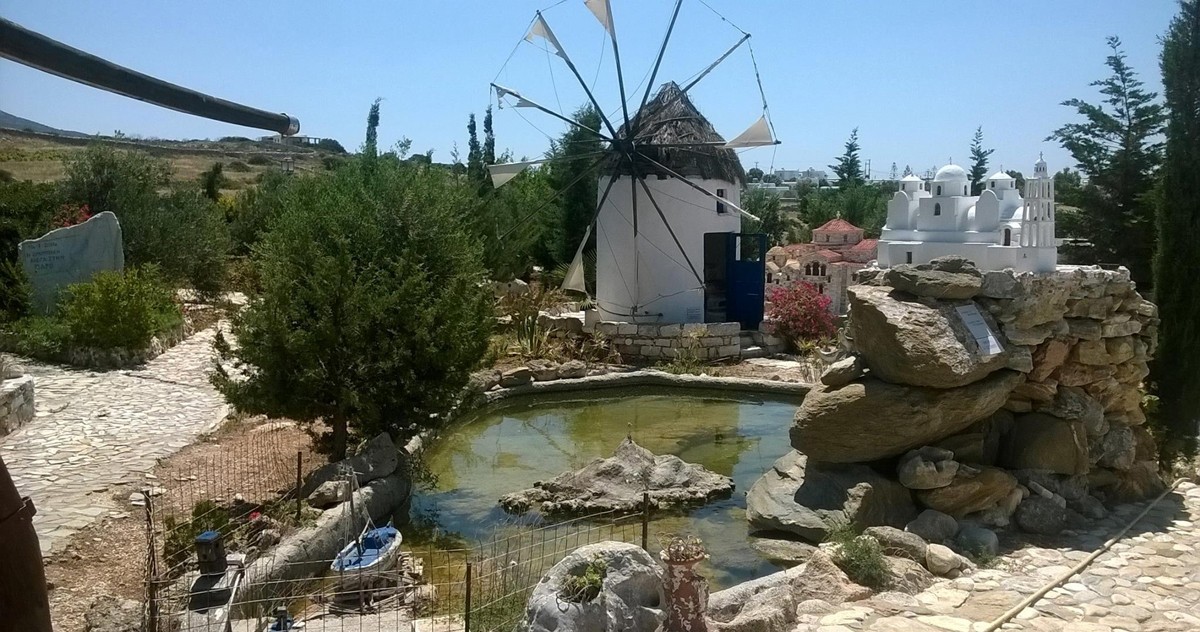 Visit the amazing Cycladic Folklore of Benetos Skiadas, where with unparalleled art and crafts has created the history of the Cyclades in large miniature of ships and important buildings.

It is located in Aliki of Paros, near the airport, in the estate 'Scorpio'.

The Cycladic Folklore of Benetos Skiadas is one of the most remarkable museums in Greece. It really is worth visiting. 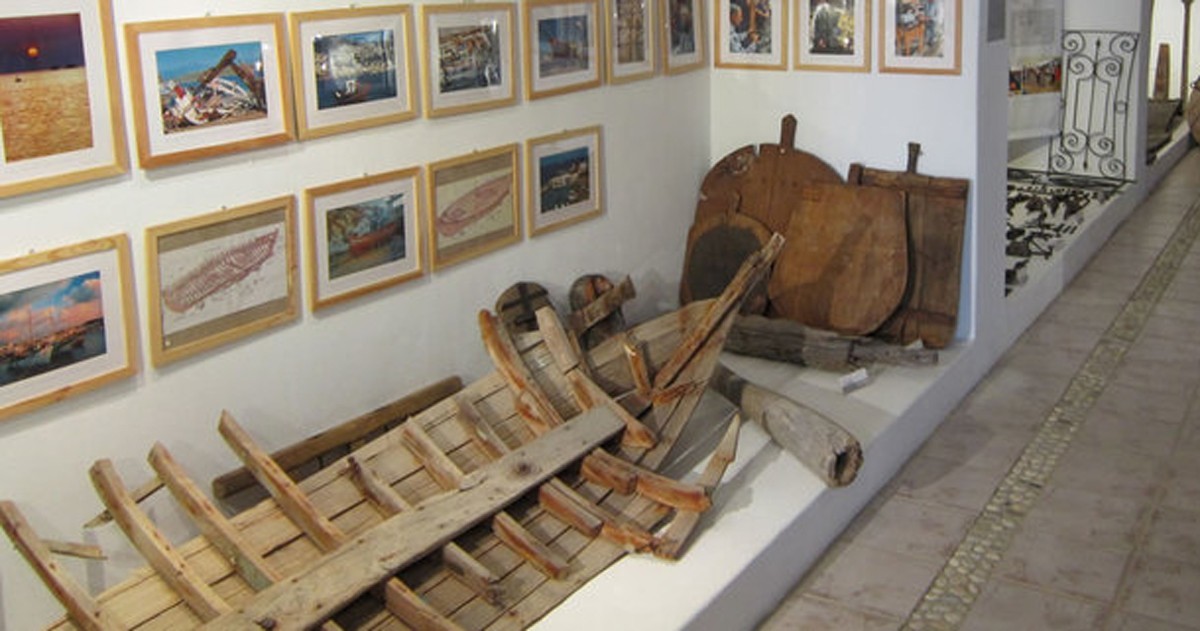 Cultural museum of the Aegean

The Cultural Museum of the Aegean is located at the premises of Lefkes Village and aims at approaching the Culture of the Aegean through the exhibits of everyday life and the traditional professions to discover a world that in difficult conditions managed to live in harmony with its environment, respecting nature and man.

The exhibits of the museum, apart from their aesthetic value and their symbolism, reflect the evolution of thought and culture and are divided into thematic units: - the area of rocks (obsidian, graviton, perlite, kaolin, marble etc.), - the area of ironmongery (tools, building components, balconies), - the pottery area (jars, pitchers from all Aegean islands) - the furniture area occupying most of the Museum, with furniture from all social environments and areas of the Aegean Sea - the area of traditional crops (grapevine, wheat) and the area of Aegean popular architecture with a series of informative designs.

Every year, relevant thematic photographic exhibitions are presented at the Museum's premises. 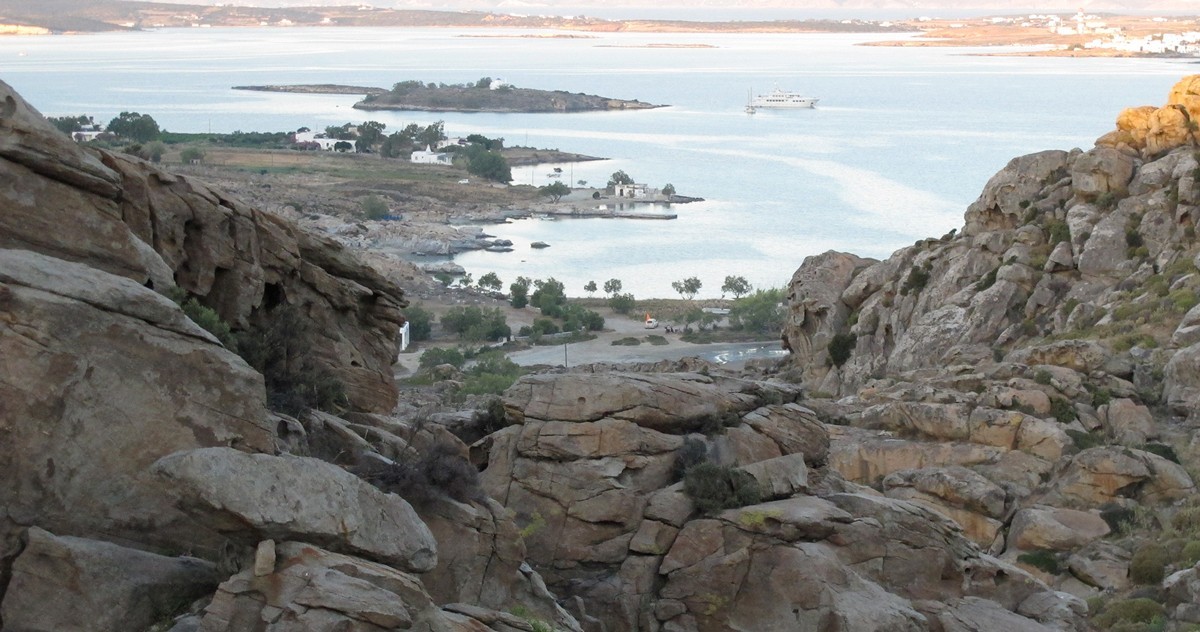 In the Koukounaries area of Paros with the strange granite formations, the archaeological excavation discovered a Mycenaean settlement and a Mycenaean acropolis.

The presence of the Mycenaeans on the island also confirms the myths of Paros related to Hercules.

According to the archaeologists, the settlement was destroyed by fire and abandoned for a few years.

It was rehabited for a while in 1100 BC, while a new city was created in the same place in the geometric period, when a temple dedicated to the goddess Athena was built. 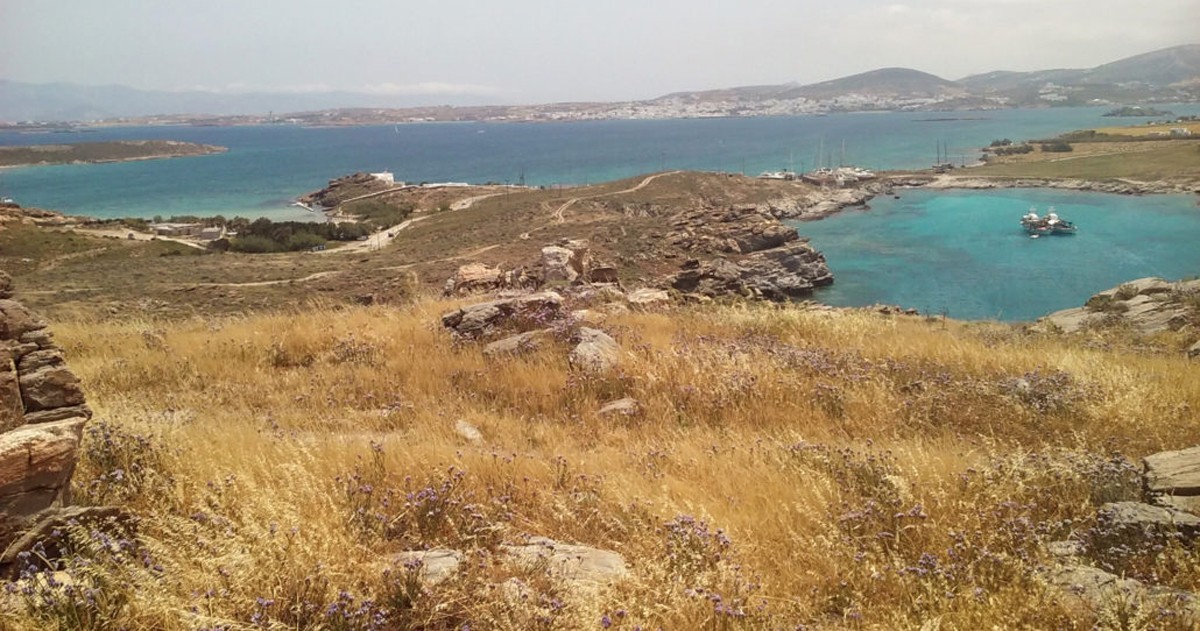 Environmental and Cultural Park of Paros

A park in Paros for nature and culture lovers. Visit it!

Paros Cultural Park was founded in 2009 to become a modern alternative recreation area and to show the peninsula of Ai Yiannis Detis, a historically wealthy region, including a prehistoric settlement, the post-Byzantine monastery of Ai Yiannis and remnants of the Russian fleet's headquarters which was on the peninsula during the First Russian-Turkish War (1768-1774).

At the same time it is an important attraction for visitors and nature lovers, since it is an infinite natural beauty area.

In the Park (800 acres, owned by the Municipality of Paros), you can find: - organized and non-organized beaches, - a stone-built refreshment area, - cinema, - amphitheater for concerts (700 seats) where the annual summer festival is organized, - semi-opened exhibition area, - 7 km of walking trails, - 300 car parking area. 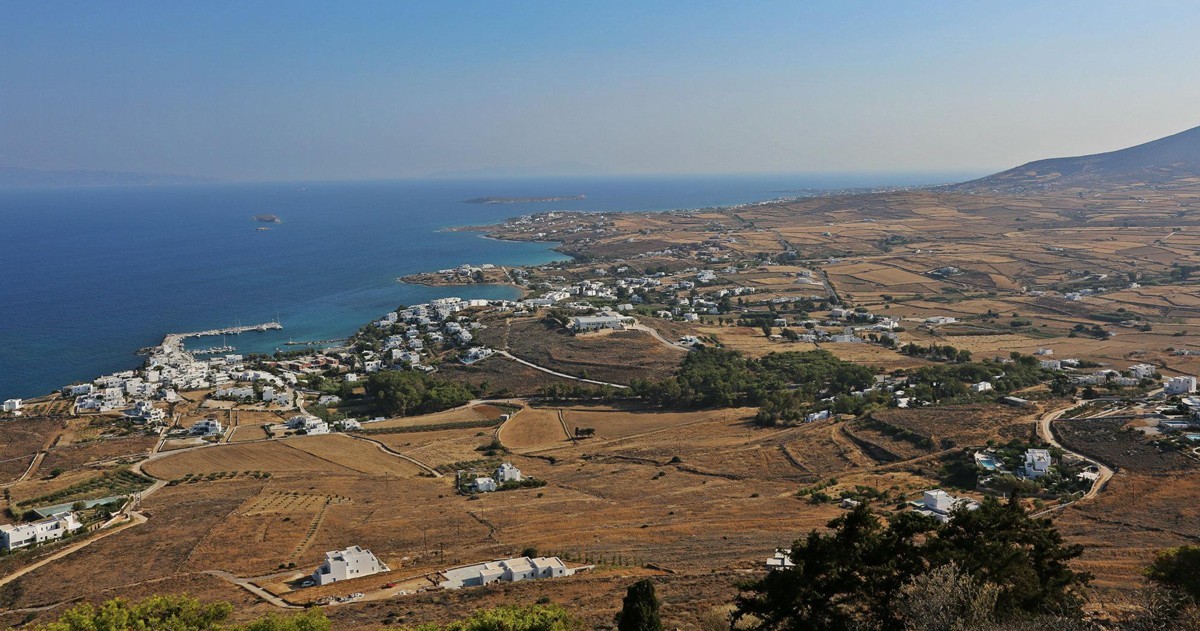 East of Marpissa stands the hill of Kefalos with the monastery of Agios Antonios (16th century) at the top.

The hill of Kefalos is one of the most elegant and geometric hills of Paros in the shape of a cone and it is a non-active volcano (its crater is under the monastery's holy bank).

Its rocks and stones are formed from lava, have volcanic shape and contain iron. 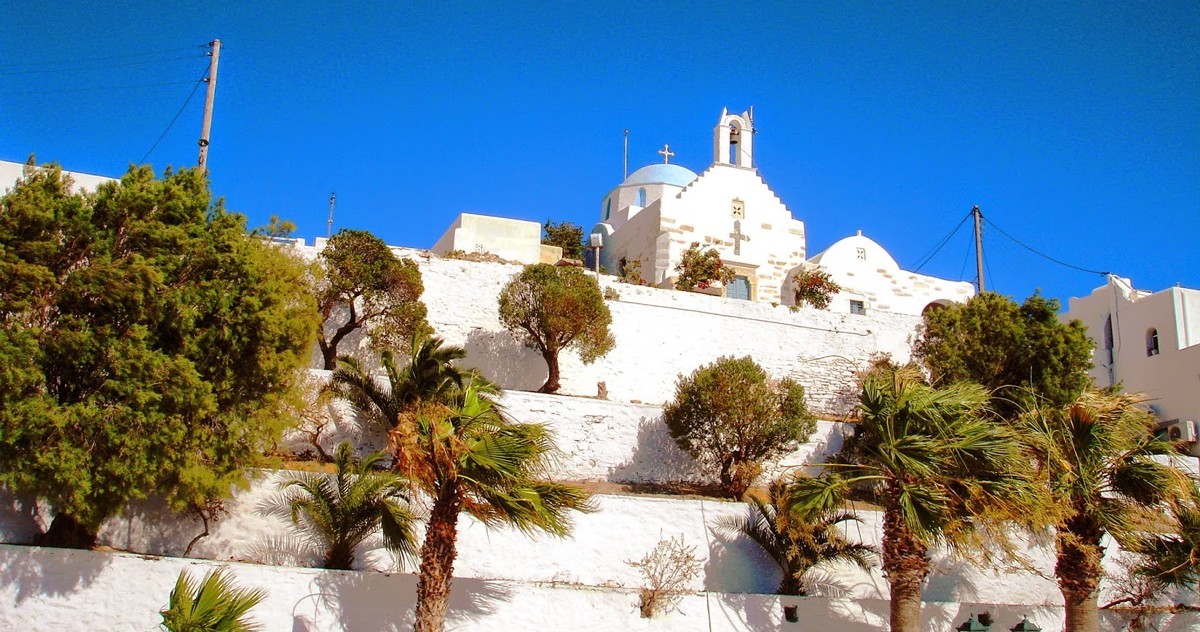 A castle built by the Venetian duke of Naxos, Sanudos, in the 13th century on the remnants of ancient temples (three archaic and two classical), dominates the top of the hill.

A section of the Early Cycladic settlement was discovered right next to it.

The area of the Castle is enriched by small churches, many of which are embedded in the walls, such as the Panagia of Stavros (1514), Agia Anna, Agios Markos, Agios Stylianos and the stunning architectural church of St. Constantine with a roofed courtyard and stunning view to the sea, one of the most beautiful in the Aegean Sea.

Stay informed by following us

All rooms offered by Paros Comfy Suites have recently renovated & refurbished under strict high-quality specifications of taste and sophistication, following the principles of minimalism and upscale comfort, powered by Upliving.

Paros Comfy Suites hotel has been rated with 5stars according to the Travel Waste project for the management of Plastic and Water waste management.